After 17 months of no live music due to Covid-19 restrictions, we're very pleased … END_OF_DOCUMENT_TOKEN_TO_BE_REPLACED 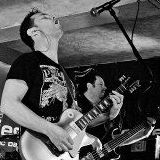 Big Tuna is a versatile, four man rock ‘n roll covers band which has established itself as one of Scotland’s top live acts. 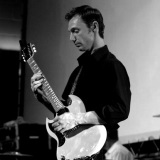 Along with the numerous live performances at live music venues, private parties and festivals across the nation, Big Tuna is also an experienced and accommodating Scottish wedding band.

Formed in 2003, the band’s line-up includes Fife-based Neil Ferguson (lead guitar/vocals) and Lee Wood (guitar/vocals) and Canadian born drummer, Bill Shaw who now lives in Edinburgh. The three, who previously worked together in their ‘day jobs’ at a Scottish marketing business, started the band after they discovered that they shared similar tastes in music and were keen to play it themselves. 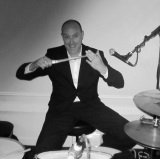 After much debate and a few false dawns, the band opted for the name Big Tuna, which is inspired by the fictitious town in the David Lynch film ‘Wild at Heart’.

In 2004, after recruiting Graeme Jackson as the band’s bass player, Big Tuna then began regular gigging, playing pubs and clubs in Fife, Edinburgh and other parts of Scotland, establishing itself as a formidable and entertaining live act. 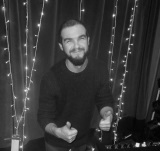 In 2013, after nine years with the original line-up, the band recruited Falkirk native Derek Grant to be its new bass player. He left the band to pursue other interests 18 months later and they brought in their current bassist (another Fifer!), Bryce Sutherland. Bryce is a highly capable and experienced musician who brings youth, further exuberance and some great vocals to the band.

As they have demonstrated time and time again at live music venues, festivals, private parties and Scottish wedding performances, the band has a proven ability to get a crowd jumping on the dance floor. Big Tuna continues to play regularly around Scotland. In addition to gigging in the main central belt cities like Edinburgh and Glasgow, the band also play further flung parts of Scotland including Mull, the Isle of Skye, Perthshire and Inverness. There are simply no no-go areas for the Big Tuna boys!